Mounds of arrest files and other documents in deplorable state are still found in National Police Historical Archives. On July 5, 2005, the historical archives of the now dissolved National Police were found in an abandoned arms depot in the outskirts of Guatemala City. The discovery of these millions of documents, which were allegedly lost after the 1996 Peace Accords, provide important evidence in the search for the thousands of people who were detained and subsequently disappeared by State security forces during the internal armed conflict (1960-1996). Guatemala City, Guatemala. March 20, 2009. 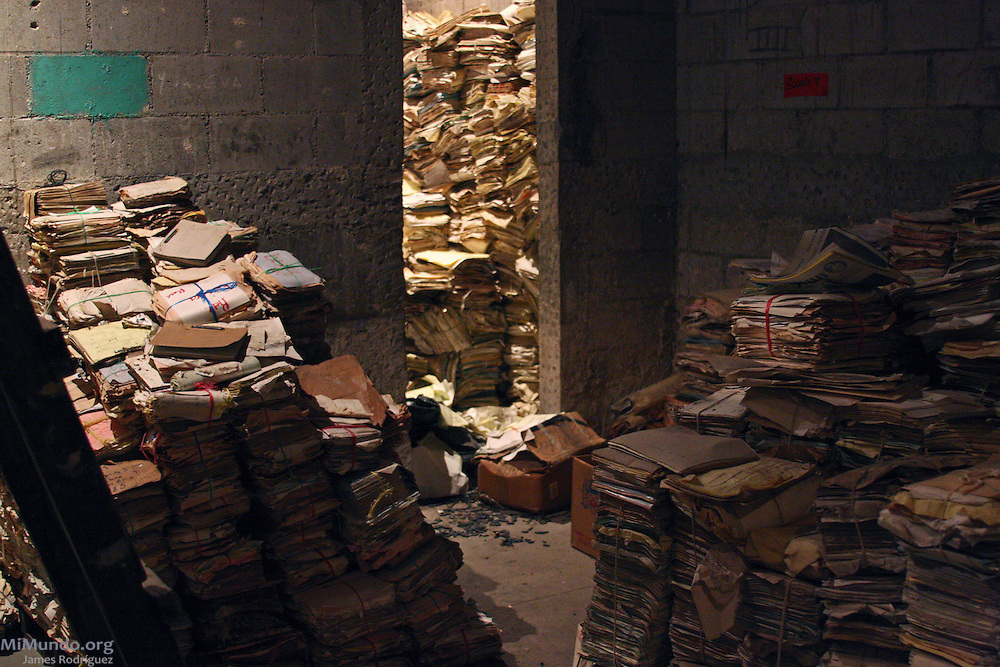